Whether you are just starting your short term rental business or you've been welcoming guests for a while, here you will find the perfect team to help you and support you through this journey.

We are a specialized team of professionals who help short term rentals owners get more direct bookings through a brand and website design that reflects their values.

But that’s what we do, not why, and why is far more important.

We know how demanding it can be to manage an accommodation on your own.

Welcoming guests, arranging cleaning and maintenance tasks, making sure everything is working correctly, and let’s not even start on the digital part!

We want you to have the tools you need to make your accommodation grow. And we want to be with you during this journey.

How can we help you?

Kind words from our clients

Joan Javier Pereira Pandolfo
Excelente servicio, súper recomendable. Siempre dispuestos a dar lo mejor.
Google rating score: 5 of 5, based on 4 reviews
"Working hand in hand with Nicolas and Evelyn was a key piece in the process of creating our website. They were very kind and patient to understand our needs and create solutions. They were always available to answer any doubts or questions and they even made tutorial videos to teach us how to use our new website. Thank you so much! We are very happy with our new website. 500% recommended!" Cristina & FranciscoFINCA NEO JIBAIRO - PUERTO RICO
"We recommend Paina Hospitality 100%. They were very professional, responsible and organized. They helped us with our website optimization, they integrated it with the booking platform and showed us how to update the content in a very easy way."

Vive la VanVIVE LA VAN - PUERTO RICO
"We had an excellent experience working with the guys from Paina Hospitality. From the day of the first proposal to the last day of the project - the whole process was very fluid. They showed interest and commitment with the project and kept in mind all our values and important elements. With their experience and professionalism they could convey our vision and identity in a simple and effective way. We are absolutely happy with their work - 100% recommended!" 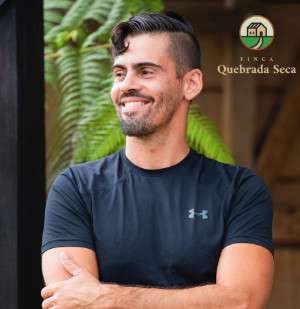 Ricardo RiveraFINCA QUEBRADA SECA - PUERTO RICO
"Super responsible, the best thing that could happen to me to offer my tours in Puerto Rico. Thanks for the support, your work is on another level! 100% recommended. Thank you for making this possible."

Jonathan Flores365 TOURS - PUERTO RICO
"Very good service, very professional. They understood the idea of what we wanted and carried it out perfectly. Highly recommended!"

There are other reasons why we do what we do:

It's all in the name

The name Paina was born from the idea of creating a brand that reflects our values and identities. We live at the beach (and can’t imagine ourselves living anywhere else) and we found this Hawaiian word that means:

We found this really appropriate because who doesn’t love a Hawaiian party with food, right?

The fruit pineapple is considered the symbol of hospitality. This is because in the 17th century only the very rich could afford them and it led to the pineapple becoming synonymous with high living.

Later, American sea captains started placing a pineapple outside their houses to signal that they had returned home. And this led to stone pineapples being placed at the entrance of fine homes and luxury hotels.

But wait, I’m lost. What does the pineapple have to do with the Hawaiian party?

So, we know it’s not easy to make the connections and probably not the most logical way to choose a name. But we adopted it as our way to do things too, the “Paina way”. And we love it.

Website design is my thing, and traveling is what I love. So, can you imagine something better for me than traveling while working with tourism entrepreneurs? I can't.
But it hasn't always been like this. Before becoming a website designer I studied architecture, helped building cabins in Córdoba, was receptionist in a hostel in Patagonia and even designed container houses. It's been such a journey to get here.

Just as I did when I worked in hotels, I’m in the front desk department. But instead of welcoming guests, now I welcome our customers. I’m the one who runs the agenda, brings in new ideas and who put the “hospitality” in Paina Hospitality. If I'm not working, you can probably find me chilling at the beach, searching for flights (my favorite hobby) or trying out new recipes in the kitchen.

I’m a big fan of minimalism, both in my designs and in my life. For me the hardest part of being a graphic designer is overcoming creative blocks. So I spend most of my afternoons at the beach watching the sunset and it usually helps. Who doesn’t get inspired with the motion of the ocean?

We told you about us, now tell us about you!